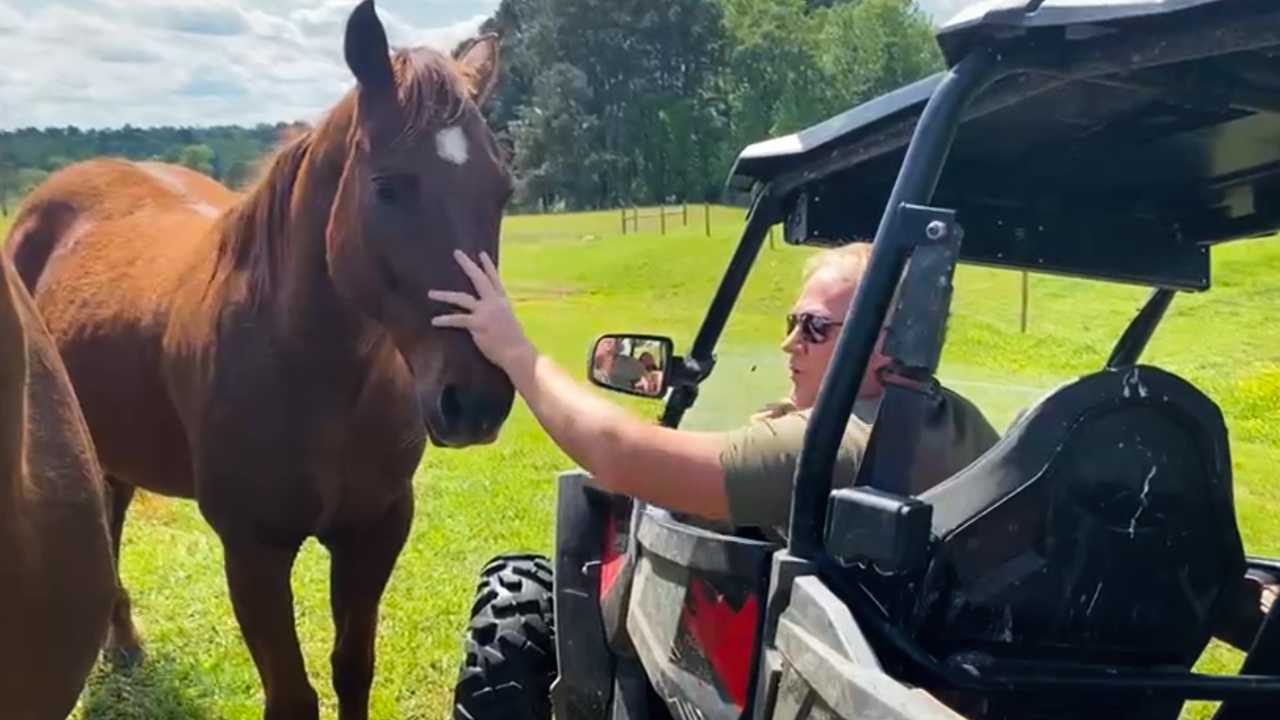 For Christmas one year, I decided to buy my wife Pamela a horse, which she decided to name Red. She’s a beautiful horse and we had her for about two years when we decided it was time for her to have a baby. So, we brought over a stud named Joe and the two of them frolicked together and made a baby. It was fun watching her go through her pregnancy and when the time came for her to deliver, Pam and I decided we wanted to watch it. It’s somewhat difficult to figure out when horses are going to have their baby, but we’d been watching her closely and she was doing the kind of things that a horse does when they’re going to deliver. We assumed she would deliver that night, so we put our sleeping bags in the back of my truck and we sat at the fence and waited for the surprise.

Red couldn’t seem to decide what she wanted to do. She’d lay down. She’d stand up. She’d lay down… you get the idea. She seemed very anxious, and she was leaking fluid. We assumed all these things meant she was going to deliver. Now, neither I nor my wife had ever seen a horse deliver a foal, so we really didn’t know what to expect or what she was doing. Suddenly, she laid down and she started pushing hard and a little bit of a hoof came out. The rest of the front hoof came out and the more she pushed the more it became apparent she was struggling, and the colt was not being delivered as it should.

I got out of the truck and knelt next to her to see if I could help. What I saw was a hoof coming out and the tip of the colt’s nose. I could tell right away this was not how things were supposed to be going. I assumed there should be two front hooves and the baby’s nose. And in addition, when Red pushed her perineum (the area between the vagina and the anus) would bulge and almost seem like it was going to tear or explode. Red continued to push, but no matter how hard she pushed she was not making any progress. I realized, at that point, if we didn’t do something we might end up losing both mom and baby.

I reached inside, and I could not feel the other hoof, so I was concerned it might be coming out her other hole (i.e. her anus). I reached my hand inside it, and sure enough, I felt the other hoof. So, we had a problem. The problem was that the nose and front hoof of the colt were coming out the vagina and the other front hoof was coming out the anus. Somehow, she had torn a hole between the interior wall of her vagina and her rectum and one of the front legs had slipped into the rectum. I actually found out later there’s a name for this, and many horses that deliver in the middle of the night when no one’s around die because they either can’t get the foal out or when it does, the mare tears and they bleed to death and the foal also dies.

At this moment, however, I had no idea what was happening. I just knew I needed to do something. Having delivered several human babies, but never a horse, I thought the best thing to do is to cut her and create an episiotomy. I could deliver the colt and then hopefully the vet would be able to repair the mom. It’s important to note it was about 2 o’clock in the morning, and we tried multiple phone calls to multiple veterinarians without success. We also tried multiple calls to anybody I knew who had a horse or who at one time had a horse, with no success. I was pretty much on my own with my wife and my dad.

I sent them up to the house to get a knife because I didn’t have one with me and I needed to cut her. While they were gone she started really straining and pushing and I was afraid for the worst. I reached my hand into the anus and I grabbed the hoof wedged inside. I pushed as hard as I could when she was not pushing against me and somehow miraculously found the hole that the hoof slipped through and was able to slip it back through the hole torn in the rectum and back into the vagina.

Immediately, that hoof comes down with the other front hoof, the nose came out, and the rest of the colt slid out onto the grass. After the colt was out on the grass I noticed he was still covered in the amniotic sack. I wasn’t sure what to do, but I didn’t think that was good, so I pulled the bag off him, but he both he and Red laid there motionless. For a moment, I was still concerned we might lose both.

I started to stimulate the colt to see if I could get him to move. After a few minutes of stimulation, he started to raise up his head. He looked around, and he stood up. I was so excited! I looked over at Red and she also started looking around. She raised her head up, sat up, and then slowly got up to her feet as well. It was a moment of great relief and joy.

That colt, who we named Apollo, is four years old now. Strangely, from that night he and I have had a very special bond. In fact, he used to follow me around when he was a little colt, almost like I was his mom. To this day, if I come to the fence he comes running over to see me. It’s a cool feeling.

It was an amazing experience and very scary.  We were blessed our horses didn’t die that night. When I talk to the vet the next day he said the mom didn’t even need to have anything repaired and that it would essentially repair itself. He also said, however, had I not been there, there’s a good possibility we’d have lost them both. Sometimes, we are just in the right place at the right time, blessed to be in the right place at the right time. I’m so grateful I was there for Red and Apollo. 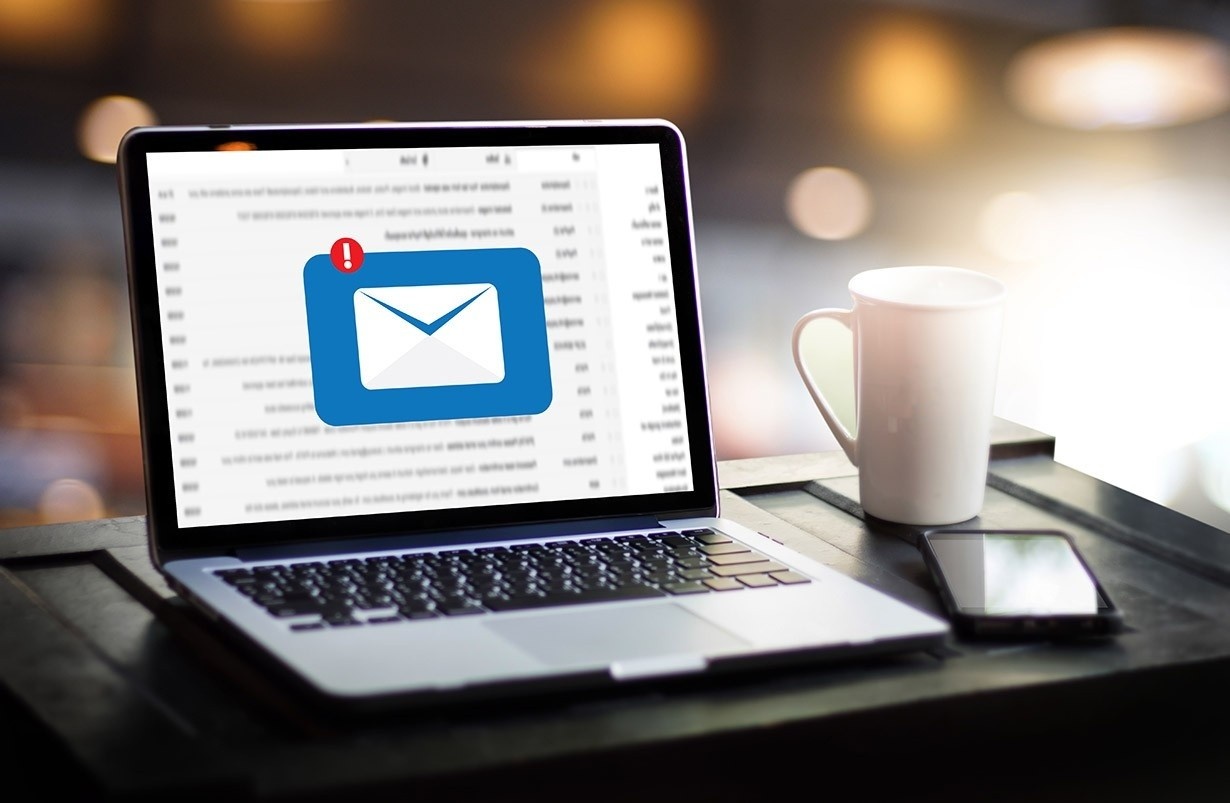